After tons of research and opinions from message boards, I took the plunge and purchased a pressure canner with my Amazon gift cards and some cash I received for Christmas. This should give me lots of blogging topics in the future. The pressure canner I thought I'd get - the All American 915

The pressure canner I ended up buying- the All American 921 Not that much more money but it can hold more pint jars in one canning session.

I am so glad I went with this canner. You can double stack pint jars but it is still easy for me to lift on to the stove. 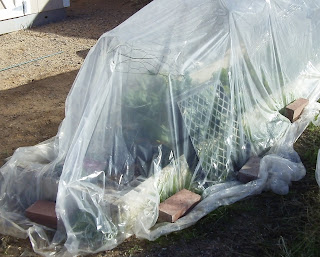 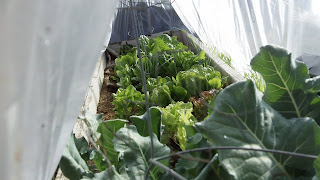 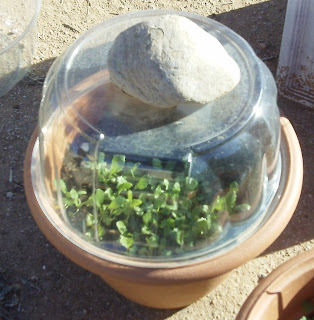 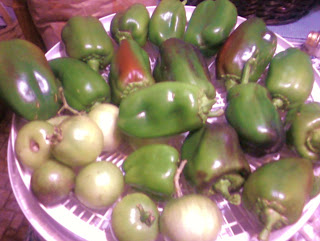 Peppers and tomatoes picked before the first frost. We let them ripen indoors. We had a few problems with hungry little birds when we let the peppers ripen on the vine so either way they would have been harvested early. They tasted great!
Posted by Leanna at 11:04 AM 1 comment: